Dick Farmery is a graduate of Queen’s University, BSc, mechanical engineering.
Past president of the Canadian Mineralogist’s Federation as well as the Bancroft Gem and Mineral club. Past owner of both the beryl pit and the rose quartz quarry in Quadeville with 16 years of participation in the AQUAROSE pegmatite properties.

In his own words:
I became infected with rock pox on our first trip to Bancroft with our new trailer more than 40 years ago. I learned about field collecting thru the mentoring of the senior rockhounds who formed the core of the CCFMS field trip committee in the 80’s and the 90’s.
I have always had a research bent which lead me to the publications of the MNDM – especially Hewitt’s Pegmatite Mineral Resources of Ontario.
On our travels I visited pegmatite’s in: Maine, New Hampshire, Colorado, North Carolina, and New Mexico. Of late we have visited the pegmatite bearing granite quarries of Western Poland.

Dick will present what is sure to be a most interesting talk on pegmatite’s, extreme igneous rocks that form during the final stage of a magma’s crystallization. They are extreme because they contain exceptionally large crystals and they sometimes contain minerals that are rarely found in other types of rocks.
Sometimes the sources of valuable minerals such as spodumene and beryl that are rarely found in economic amounts in other types of rocks. They also can be a source of gemstones. Some of the world’s best tourmaline, aquamarine and topaz deposits have been found in pegmatite’s. 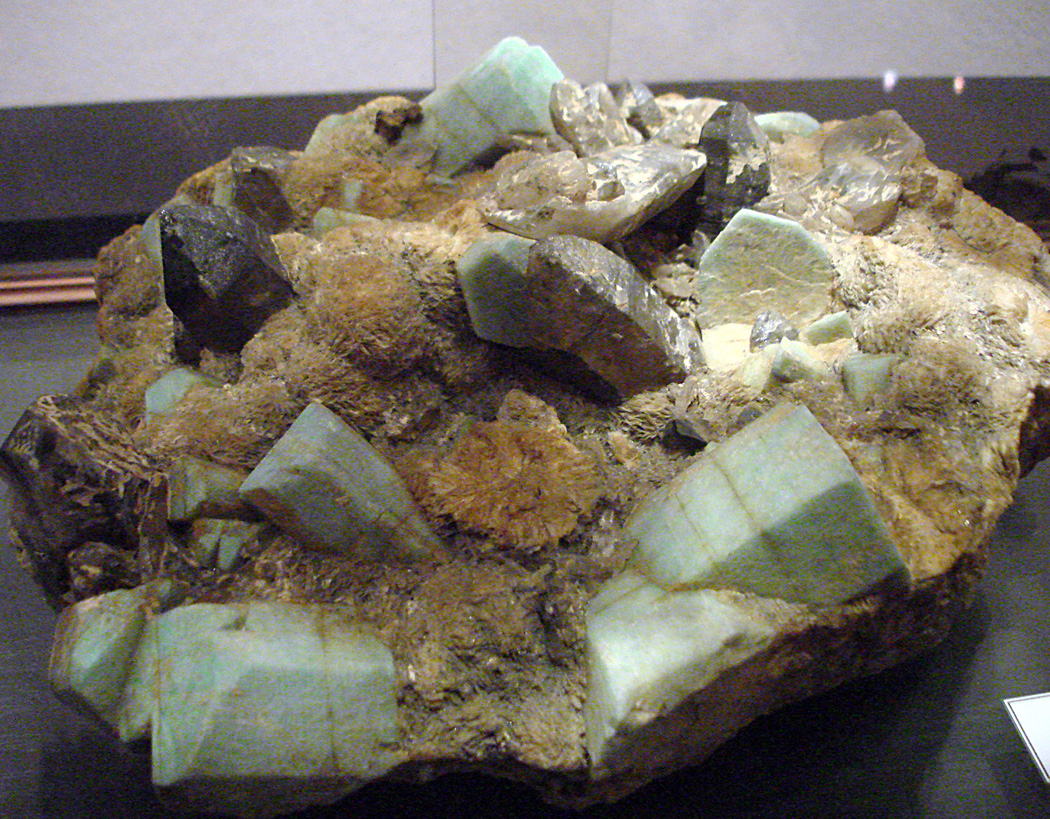 Posted by Robert Montgomery on October 26th, 2013 Posted in Meetings
(Comments are closed)